A multimedia and interactive show in which the history of humanity is presented as a dreamlike visualization and that was made with the collaboration of the guest artist Mihael Milunovic. The audience was surrounding by  360º of incredible elements that were transported by land, water and air.

Kalliópê was brought up by a giant pigeon, symbolizing the human tradition of communication. This allowed the interaction of the audience and the combination of different elements. The multimedia content projected the different elements that appeared in the show.

Focused on the revolution as a starting point, PAX talked about the development of civilization, the creation of artificial intelligent and the space exploration as a social stream. The event was premiered in Linz during the Klangwolke 2018 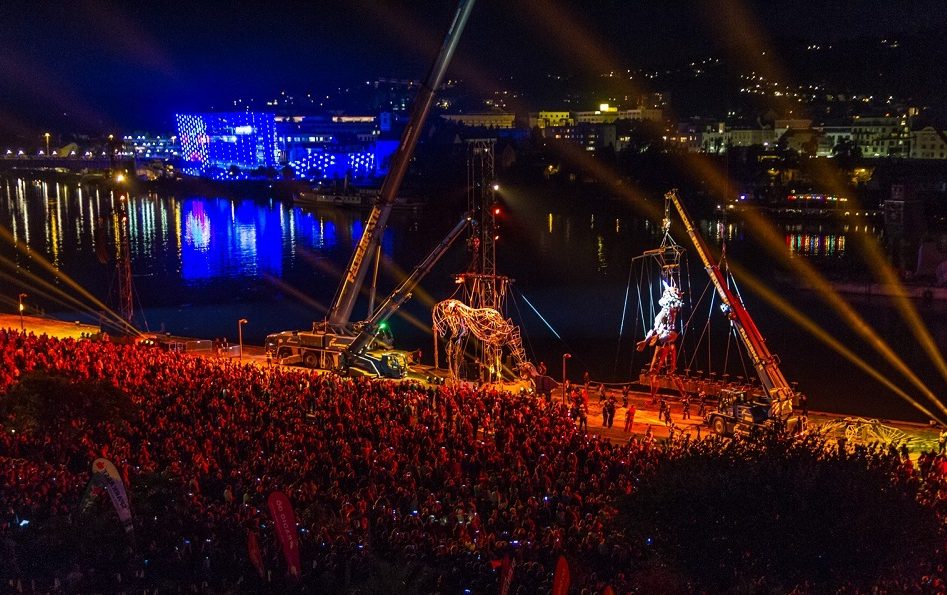