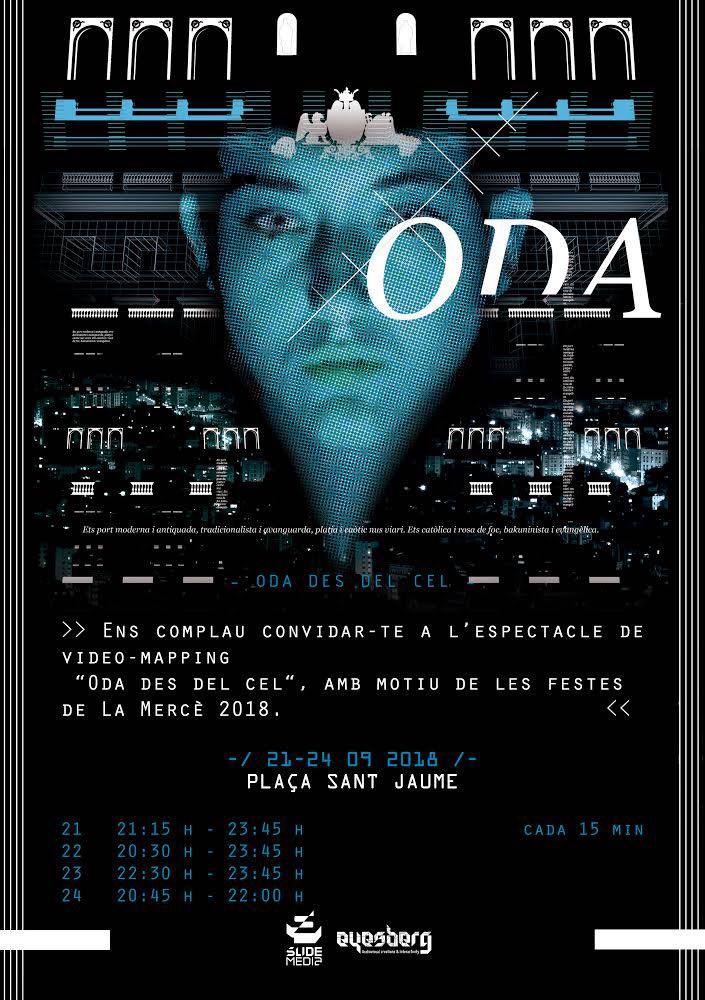 A poem by writer and literary critic David Castillo gives a title to a totally immersive and futuristic visual experience, with the city of Barcelona as the protagonist. Ode from the sky was a videomapping done at the Town Hall during La Mercè, the festival of the city of Barcelona. The videomapping and synchronized lighting effects that filled the whole square was the conception of  the visual artist Fausto Morales of Slidemedia in collaboration with Eyesberg's José Vaaliña from. Kalliópê facilitated the enjoyment of an expanded experience. Dynamism, contemporaneity and renewal were the three elements that characterize this production, but also three virtues that perfectly define the spirit of Barcelona.